We are delighted to announce that Shannon Haddow has been chosen by city and Guilds to be their first Champion Learner. Shannon has been with Qualitas during her Stage 2 and 3 Employability Fund courses and now her Modern Apprenticeship Level 2 in hairdressing.

Shannon initially enjoyed school but by 3rd year she felt that she was not succeeding within the classroom environment. Her self-esteem and confidence took a knock and she began to under achieve. Her attendance then suffered and by the time Shannon reached 16 she was desperate to leave school. She went on to start a couple of other courses but these proved not to be successful.

Shannon was referred to Qualitas International by SDS Careers to start a Stage 2 Employability Award course. Shannon showed great potential and after a few hiccups she settled into the course. As the course progressed Shannon’s confidence grew and she engaged well with both her trainer and her peers. She spent time within Qualitas International’s Training Salon thoroughly enjoying the hands on experience.

Starting on Stage 3 with Qualitas International meant that a move was made into the working environment and she began her placement in G and D hairdressing in Hamilton. She went from strength to strength and the salon was so delighted that they offered Shannon a Modern Apprenticeship. She grabbed this with both hands and now, 8 months later, she is well on track to complete her Level 2 SVQ Hairdressing award with City and Guilds. Her next step on her ladder of success is moving onto her level 3 SVQ, also with Qualitas International, later on in the year.

Shannon has shown great creativity and natural flair for hairdressing but she has also worked very hard to get to this stage in her career. Her ambition is to be a head stylist eventually owning her own salon. Her journey has been eventful but ultimately with her hard work and determination she will reach her goal. Everyone at Qualitas International are very proud of her. 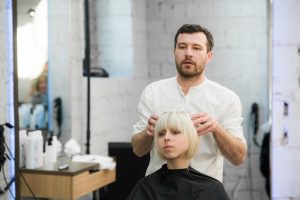 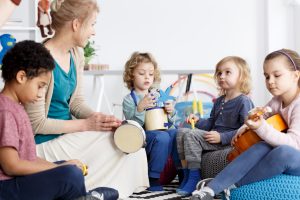